A quick guide to help you understand and create ReactJS apps

Photo by Fabian Grohs On Unsplash

Install NodeJS if not already present

NodeJS is needed since the Libraries Required for React are downloaded using node package manager ( npm ). Refer to https://nodejs.org/en/ to install NodeJS.

The project can be created using create-react-app. Use the following command to create the project.

Go to your browser and go the following URL localhost:3000. You should be able to see that your application is running. The Application will look like this in your browser: 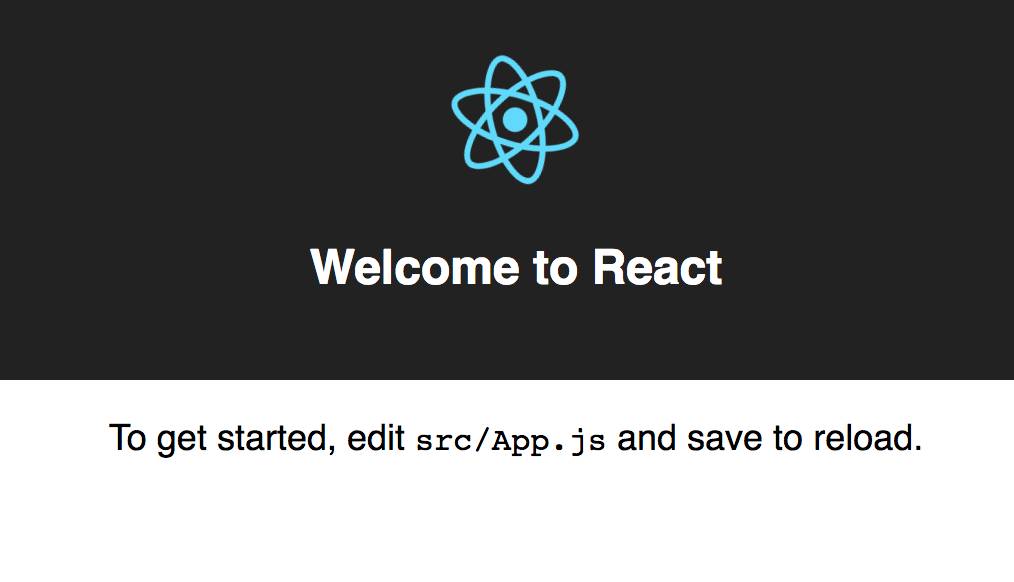 When you created the project, you would have noticed that it created a bunch of files. Here I will list out some of the important files and folders that you should be aware of .

A Component in React does a specific functionality. An Application is nothing but a collection of components. Each component can have multiple child components and the components can communicate with each other.

JSX looks very similar to HTML but has the full power of javascript. Here I will Explain the JSX code and what it is trying to do.

The first line const element = (<div>Text from Element</div>) Creates a div element and assigns it to a constant called element. This peculiar Syntax that you see is nothing but JSX.

Inside the Return statement, you see the following code syntax.

Here className is used to point to a CSS class. <h3>First Component</h3> is just normal html syntax. {this.props.displaytext} is used to access an attribute called as displaytext from props ( so displaytext is passed as an input whenever this component is called ). Here displaytext is just a custom name that I have given. {element} is the constant which was created, which in turn contains the div element.

FirstComponent has been created but is not being used anywhere yet. Let’s add FirstComponent to App Component. Here is the modified code for App.js

Here displaytext is passed as an attribute to the FirstComponent.

Now you can run the Application using the command npm start

You should see the following result in the browser.

The next part will explain an existing React Code from Github. Part 2 code is different from the code that we wrote in Part 1.

The Following Code is being explained here so clone the repo into your computer. The Repo has instructions on how to clone and set up the code in your computer.

To see how the final Application looks like you can click on the following URL. This will give a good idea as to what the Application is trying to do

The Application would look like this in a mobile screen 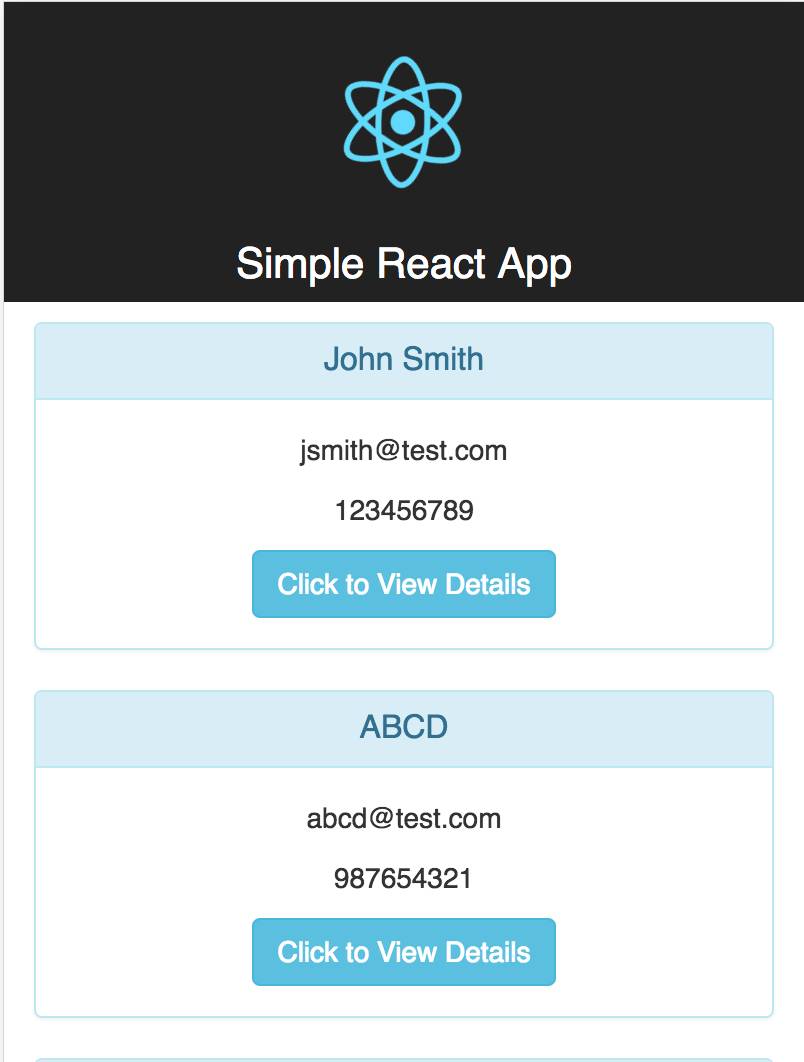 What does this Application do

This Component displays the list of Customers. This corresponds to the file src/Customers.js . This component has the following constructor.

props were already explained. But here you also see this.state. Whenever state changes, the component is rerendered. Here state has one parameter called selectedCustomer which is to keep track of which customer is selected. If selectedCustomer changes then the component and its child components are rerendered. The Constructor is used only to set props and state. Also, props should never be edited inside a component.

The next thing you notice is the following code.

componentDidMount() is a function which is called as soon the component is rendered. So this can be used to set some initial values as well as load data. Here it is calling a function called as getCustomerData()

The next piece of code that you see is

This function getCustomerData() makes an HTTP call to read the sample json containing the list of customers from assets/samplejson/customerlist.json. On successfully getting a response, the state of the system is changed, by assigning the response to customerList. You may wonder why we never added customerList in the constructor. The reason is you can add parameters dynamically into State at any point in the code. The only requirement is that in the constructor at least an empty state has to be defined.

Here axios library is used to make the HTTP call. I have provided the Documentation for axios in the References section.

The next function is the render() function which returns what elements have to be rendered on screen. The main points of focus in the render function are

Every customer in the list has a button called as Click to View Details. The above code snippet tells that whenever the button is clicked, then change the state of selectedCustomer to the selected customers’ id. Since the state changes here, the component and its child component will be rerendered.

The other code snippet which is important is

This component displays the details of the selected Customer. Some important code snippets from this component will be explained here:

getCustomerDetails() function makes an HTTP call to get the sample json which contains the customer details. The id parameter is used to know which customers details are required. id is nothing but this.props.val. When the response is successfully received the state of this component is changed by assigning response to customerDetails.

ReactJS: Refer to https://reactjs.org/ to understand the concepts of ReactJS. The documentation is very good.

React Bootstrap: Refer to https://react-bootstrap.github.io/getting-started/introduction/ to understand how to use React Bootstrap

axios: Refer to https://www.npmjs.com/package/axios to know more about how to use axios library to make HTTP requests

Now you know how to use components, how to communicate from a parent to a child component and also a little about rendering

Previous An introduction to Git: wha...
Next How to use git efficiently